As a Spanish Cuisine lover, how can I miss in participating an special event organized by the Spanish Chamber of Commerce with the 3-starred Michelin chefs of El Celler de Can Roca, the World's best restaurant award in 2013 and 2015.

El Celler de Can Roca is a restaurant in Girona, Catalonia, Spain which was opened in 1986 by the Roca brothers, Joan, Josep and Jordi. They are talented chefs in creativity and gastronomy of course and in this event, they showcase their techniques and product development elements to only limited guests in Hong Kong on 9 August 2016, as one of the events of their BBVA World Tour.

I have been Girona for an excursion when I was heading to visit Dali Museum, unfortunately I have no chance to visit their restaurant. So accidentally, I was invited for this event and the master class was really inspiring. Why? I would say their product development of every single dish is really unique and dedicated, for example, the dish presentation is look alike a landscape. Some of them presented like a 3D cardboard, the food placed on the top of the card and based on a story and memories of the brothers. Some of them are in a sense of humor, as well as based on the local culture.  In terms of the cooking method and ingredients, nitrogen and cooling equipment apply and some herbs are freshly picked. Beans are fermented in days and weeks, at various time periods for reaching different aromas. 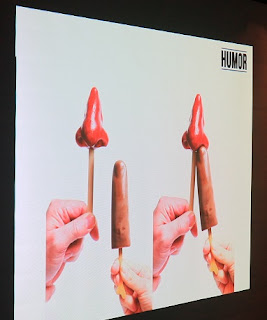 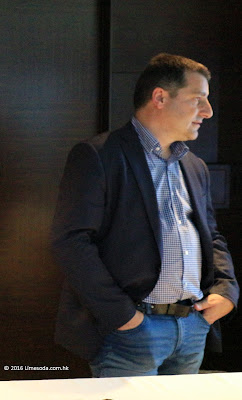 Chef Josep Roca explained to us how to use wine not only pairing with the food, but also how to use them for cooking. In the restaurant, there are over 60,000 bottles of wine in stock. There is a perfume cooking concept which they use various grapes of wine to cook with various ingredients. Like they showed us using Sherry to cook the oyster over a sizzling stone. 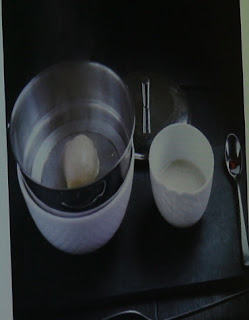 
Chef Joan Roca is preparing the dish with a specially made bean paste which was fermented 6-day and 4-week respectively, using the beans grown in Giorna, for adding the taste with the caramar. The fermented beans tasted a little salty but having strong aroma of beans. 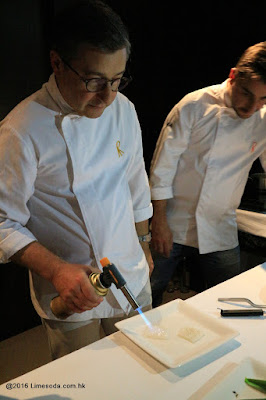 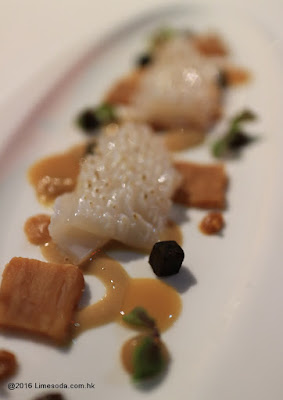 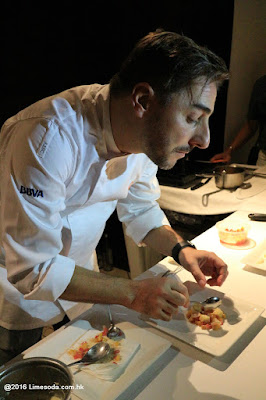 Chef Jordi Roca is preparing the dessert in a tropical way to our Hong Kong audience. He has made Durian ice cream, pandan leaves gelatins served with various diced fruits. He also puts a lovely tiger face which is made of mange ice cream on the top as he explained that it was inspired him when watching Bruce Lee movie, a tiger was an memory of him for Hong Kong. :) 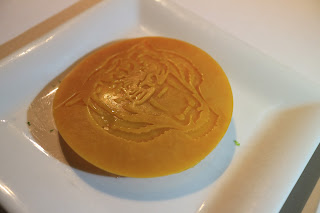 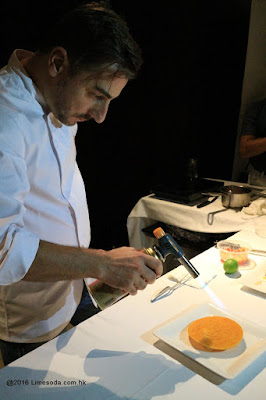 Thank you chefs to showcase what is fine dining to us, as people in Hong Kong still need time to pick up what is a gourmet and cuisine. People prefer fast food dining in Hong Kong. However, if you have time to travel to Barcelona, visit once at El Celler de Can Roca is one of travelling destinations and experience the dining experience at the best restaurant, except not going in summer time as they will close for a month. 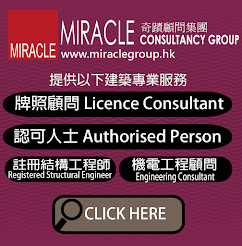